In June, 2015, at Café 123, Suad, an artist born in Casablanca, Morocco, residing in Mexico City since 2010, exhibited through the One Month | One Artist initiative her piece entitled Entrelazados, (Entwined), a work that distills her artistic practice, accumulated through successive purifying and deepening processes in her studious journey through Lyon, London and New York. It is also the announcement of her new domain: both as knowledge/craft and as a territory for semiotic research.


Concentric circles of copper wire, weaved by hand, are suspended from a copper tube in a small, stark room, framed by the white walls that underscore the presentation of the piece with an aura of decorum in consonance with the deeply moving solemnity which its reception demands. Behind the metal fabric, which thus becomes a delicate veil, there appears on the back wall a line traced in exquisite Arabic calligraphy. Before our eyes, the copper volutes are weaved with those of the phrase, whose meaning is revealed by a discreet card on a side wall, showing its phonetic transcription and its Spanish translation: “I’m fed up”.


The disposition of the piece is a testimony to Suad’s sensibility to materials and scales, to the problems associated with the humanized occupation of space, derived from her training as an architect in France. Our encounter with the piece is ciphered by subtle mediations, perfectly calculated to burst the illusion of the sensory-immediate, leading the affective experience towards contemplative musing, and having thus enriched it, back to the sensory-wondrous.


Here, spinning and calligraphy are intertwined, along with the artist’s cultural horizons (the Maghreb, Western Europe, the United States, Mexico); modes of production and modes of representation in a contradictory historical imbrication; symbolic latencies and potencies; consonances and dissonances, signified by an incipient effort to stand against the overwhelming power of the globalized law of value: the “I’m fed up” that emerged in the brutally hibernated Arab Spring, and in the fierce day-after-day Ayotzinapas, which are globalized too.


In the construction of the symbol through a generous overflow of meanings, figuration affords ample room for creative re-circulation, deactivating the dangers of constraining devices such as priggish pamphleteering, a banal inventory of “mediocre hatred”, as Bogdanov puts it; a sentimental gestuality, as inoperative as it is mawkish; or an exotic picturesqueness, which raises insurmountable barriers where there are actually porous boundaries.


The woven text of Entrelazados lovingly braids a weave of identities, embroidered by the dialectics of ownness and commonality, embodying in our shared indignation the transforming potential of our shared grief, that is, our con-dolence. 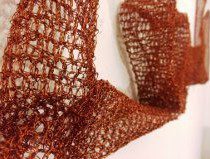 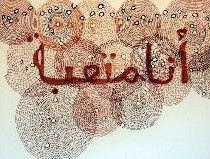 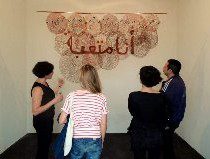 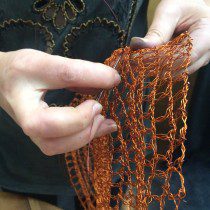 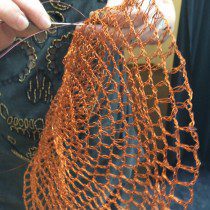 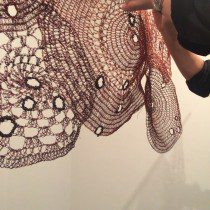