The Current Art Documentary Collection began with the rescue of so-called “Arte Joven” (“Young Art”), originating in the late 1950’s. From then on, the cultivation of new languages always refers to new art, the one that broke off with tradition and was acknowledged as avant-garde.


In Mexico, these artistic expressions found legitimization in 1981, when Raquel Tibol –acting at the request of the government- wrote the invitation for the Aguascalientes competition, which she called “National Encounter of Young Art”, accepting works in both traditional and non-traditional genres.


Afterwards, the gamut of alternative expressions widened, including interdisciplinary proposals, hybrid languages, PIA’s (performance, installations and ambient works), and the use of technological and IT languages, A new term was adopted: Current Art.


Given the relative lack of research and documentation on Current Art in the 1990’s, I decided to create a registry of the activities of those young artists, who contributed to the development of new practices in Mexico. This collection follows the fields and lines of research of the National Center for Research, Documentation and Information on Visual Arts (Cenidiap).


My theoretical-methodological approach is based on Juan Acha’s analysis of artistic production as a system of production derived from a historical process. Using his concepts of production, reception and consumption, I followed the trajectory of the artists; the events and the critical exhibition spaces; curatorial aspects; the production and distribution conditions for these works; as well as the trajectories and transformations of these artistic systems, which are currently still being innovated. I made a follow-up of the materials in a historiographic fashion, to establish trajectories and transformations in the artistic system of current art, so as to ascertain its innovative elements.


This project, the Current Art Collection (1990-2000), went through several stages, under different names:


In the late 1990’s, this documentary collection served as the basis for the Current Art Documentation Workshop project, coordinated by Cenidiap’s Documentation Department, headed at that time by Silvia Navarrete. Documents were acquired through purchase, exchange and donation: hemerography, exhibition catalogues and invitations, photographs, slides, triptychs, grey literature, administration documents, books, dissertations, art originals, among others.


The collection is divided into several categories: Emerging Art: new proposals, installations, performances, banners, biennales, salons, festivals, fairs and encounters; Artistic Groupings: organizations, groups, alternative spaces. Each section has its own structure, according to its provenance and the methodological structure of the research.


Available in English and French, there is a document registry for the Spaces section, and an authors’ catalogue. The Hemerographic section has a digitized chronological inventory. The other sections feature general content listings. An inventory and registry of the most relevant exhibitions was produced, and this is constantly updated. It is a closed shelves system. It is in good physical condition. It is structured by sections for easy access and control.

During the first decades of the 21st century, while some artists gain both mainstream and alternative recognition, others increasingly engage with national and international private spaces, and still others develop theoretical analysis of current art, explaining through them their own production.


One of the specific traits of current art, in terms of cultural policy, is the decrease of state participation and the increase of privatizing tendencies in the artistic circuit. Around the theorizing and production of these “artistic goods” – as Juan Acha termed them- a whole system of distribution and promotion emerges: contemporary art fairs, symposia, collectionism (Jumex Collection), galleries, encounters (National Encounter of Young Art), among others. Here it is important to highlight the presence of UNAM’s Contemporary Art Museum, joining the already existing institutional collections, but with a different vision of the contemporary problematic.


The Current Art Documentary Collection offers a panoramic view of contemporary languages and themes, inscribing itself in the “Recent Art Problematic” line of research. The nature of this documentary research accounts for the trajectories, transformations and innovations in this field. A distinctive feature of this period is the dominance of digital interaction as part of the globalization of all artistic production and art market activities.


In contemporary art, the space-time relation is the major axis of artistic production. Current works, as aesthetic experience, are approached with a theoretical and an empirical sense, affecting both the spectator’s feelings and their subjective construction of spatialization, according to concepts of duration and relativism. The art of our time is entwined with fiction and reality, memory and narration, whose processes are subject to documentation, even if it is an ephemeral artistic production.


The general purpose is to gather a collection with new guiding lines regarding the way the documentary material is organized, with formal and theoretical conceptualization, based on the kind of production, the hybrid languages, and the use of technological and IT platforms which are the product of an open artistic scene.


The Current Art Documentary Collection contains 72 folders. It is not intended exclusively for keeping documents, as it aims at being activated through consulting services for researches, exhibitions and seminars, by way of a digital platform. 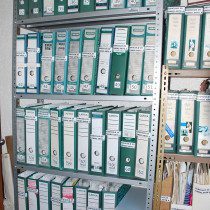 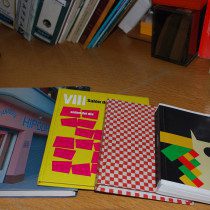 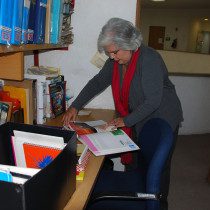