Decentralization is one of the most controversial issues facing the country today. It is often cited as one of the main factors behind the terrible political, economic and cultural unbalance between the capital and the states. Decentralization, and not only in terms of culture, has taken place only exceptionally and in an isolated manner; it has rather been the case that the protagonists of these actions have interposed their projects and needs, and have stubbornly supported them.

If we limit our discussion to photography, specifically to photography of a historical character, safeguarded in archives or small private collections, it must be said that in most cases there has not been a decentralization process, but rather a strengthening of the conditions regarding the safekeeping, handling and promotion of regional collections, without the federal government’s knowledge or support.

1.Causes of decentralization: Is there, today, the political will to expand cultural programs to the states? This question admits manifold answers. There is no precise line guiding the actions of those institutions in charge of safeguarding our cultural archives.

In spite of the obvious path that the current political crisis demands, i.e. extending the decision-making sphere to include ever larger social groups, this policy of extension is not actually implemented. If only we grasped that the problems of a gravely impaired society can be lessened by making available to society certain elements, leaving untouched the privileges of a minority, but broadly distributing cultural, sporting or entertainment and recreation services and benefits.

Political power, so fiercely entrenched in the center of the country, had not cracked as severely as today, because occasionally in the past intelligent politicians got people from the interior involved in decisions and projects; these may not have been essential, but at least they put the focus away from inequality.

Thus, advances were made in cultural areas: INBA, or the states’ fine arts institutions; INAH in its state centers; SEP, creating state delegations; Conaculta and the creation of state councils for culture and the arts; ISSSTE-Cultura, which has hired cultural events in the center to send them over to the states. Alongside the never ending struggle for regional political control, an administrative decentralization, rather than a political and cultural one, has reluctantly made progress.

Within this dual and disorderly character, the recognition of the needs of heritage preservation have also made progress. The ideological and cultural policies of the Mexican system establish guidelines such as national integration and unity, which have been translated into the “philosophy of Mexicanness”, Indigenism, nationalist culture, support for folklore, the “rescue of Mexicanness”; along with these, progress has been made in getting the political and administrative class to recognize the need to protect the vast cultural heritage, which has been semi abandoned for so long: thus, there were no archeological zones, but archeological ruins; religious buildings in marked deterioration; and a large number of pieces, documents, and traditions, absolutely unprotected, which were preserved only through the good will and good sense of a few groups or individuals.

2.Technical factors: whereas centralism has ignored reasons of a political nature regarding its guidelines for cultural promotion and support, it has been absolutely deaf to technical reasons, which are less pressing and threatening. The difficulties that arise from a monster city, such as long transportation times and insecurity, are compounded by the real threats to a historical or artistic collection from environmental factors: pollution, acids that corrode stone monuments, can destroy all the more the delicate photographic pieces, chemically and physically vulnerable. The large ups and downs in temperature and humidity can only be countered with extremely expensive machines, and here we must take into account the scarce resources made available to archives. A further concern is the fact that in spite of the crowding of the city, great collections continue to be increased and strengthened, without consideration of the high risk the seismicity of Mexico City represents.

For several years now, sound technical decisions, less determined by bureaucratic interests, have been awaited, to move historical collections to medium sized cities instead of the nation’s capital; cities with favorable environmental factors, not seismic, nor extremely sensitive to natural factors adverse to the collections. These decisions become more imminent as new technologies and means of communication render no longer valid any reasoning from the spatial immediacy between the collection and the user.

In addition to the aforementioned factors, we must mention the receptivity of state level officials to start creating a cultural life to stop the vicious cycle of migration due to a lack of prospects/ lack of prospects due to migration, as well as the extreme dependency and inequality capital-province.

A lightning on clear skies

· In the 1970’s, the political reasons for decentralization have not yet been exacerbated.

· The elasticity of giving to the states the capital’s left-overs has not been overstrained.

· There is no awareness of the material technical difficulties entailed by such a delicate archive in the capital.

· There are no precedents to guide this decision.

· Besides the acquisition price, there is no clear idea of how much it would cost to set up, not a warehouse, but a graphic archive of this magnitude.

· There is a state level petition. In the mid 1970’s, a group of researchers from Hidalgo requested the President’s support to create the state’s house of culture; in reply, they received a proposal to bring to Pachuca the Casasola Archive, which the federal government was in the process of acquiring at that time.

· INAH, the institution in charge of safekeeping cultural goods of a historical nature, received this collection too. It would later install it at the former San Francisco convent, after SAHOP remodeled that building. For this purpose, it commissioned a group of architects and restorers to investigate the conditions for the safekeeping of photographs in foreign archives, and to make a proposal to equip the San Francisco building.

· In the Fototeca Romualdo García, in Guanajuato, the minimal security conditions for the collection are already in place; there is a climate-controlled vault, filing drawers, neutral enveloping, and the collection catalogue is almost ready to be integrated into the data base. It has a temporary exhibitions hall, constantly offering samples from the collection within the Alhóndiga museum. Its staff has been trained in the different areas of work.

· In the Fototeca Pedro Guerra, in Yucatán, work has been gradually carried out for a long time now, to have a vault with the environmental conditions that the climate of that region demands. It has a vast experience in the reproduction of originals, even without having the most adequate equipment. There is an automated catalogue, in process, with both text and image on screen. To promote the collection, it organizes temporary exhibitions and publications. Alongside this, INAH has appointed a photographer to integrate the collections of the INAH center in the state, and at the end of last year a workshop was held in Mérida, for the photography archivists and conservationists in the region.

· In the Fototeca García Payón, in Veracruz, there already is a specific climate-controlled site, for the safekeeping of images, as well as a catalogue of the collection, in catalographic record sheets. At the end of 1994, a budget was approved for the purchase of equipment for a reproduction lab.

· In Baja California Norte, Chihuahua, Nayarit, Durango, Morelos, Tabasco and Yucatán, at INAH’s state centers, the collection is being assembled, gathering images produced at these centers, as well as purchasing, copying and reproducing images in private hands. Last year, a congress of photography archivists and photographers in charge of the safekeeping of photographic materials was held in Pachuca. Some of these centers already have staff exclusively dedicated to looking after the images, and the tasks of conservation, cataloguing, reproduction, and promotion, are already on their way.

19 years on, the lightning on a clear sky is now truly an option to look after photographic collections of a historical nature in more favorable conditions. 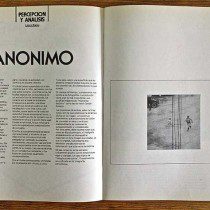 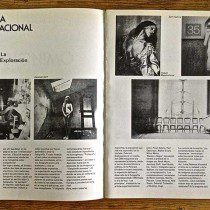 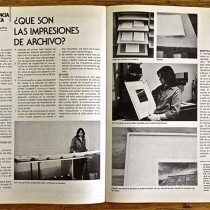 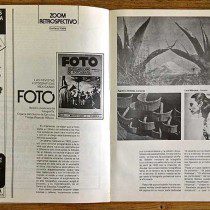 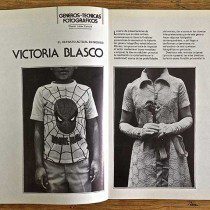 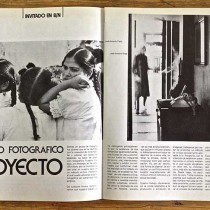