The Leopoldo Méndez Documentary Collection is a valuable documentary archive for research into the visual arts in 20th century Mexico. Its information covers several issues regarding the life and thought, as well as the development of the work of this engraver. This collection is part of the cultural, historical and artistic heritage safeguarded by the National Institute of Fine Arts and Literature (INBAL). It was purchased by deed of sale, through the Leopoldo Méndez estate, represented by his son, Pablo Méndez Hernández, on February 13, 1985. It is currently held at the Reserved Fund of the National Center for Research, Documentation and Information on Visual Arts (CENIDIAP).

Organized, classified and automated, it includes 6977 documents and 291 works by several artists, in different supports: writings, posters, catalogues, books, hemerography, photographs and art works, stabilized in acid-free folders, stored in 81 acid-free polypropylene boxes of different sizes. The data base uses as a reference the MARC format, unifying criteria for the organization of archives in INBAL’s Research Centers.

It contains materials regarding the political militancy of the engraver, his participation in the Latin American Workers Confederation, in the Peace Movement, and the Popular Party. His personal library includes books about art, engraving, and politics, as well as a large collection of leaflets and magazines, some of them with graphic work by LEAR and TGP. Some of the highlights are unique materials, or publications of which very few copies were printed, such as the magazines , Horizontes (1926-1927), Mexican Folkways (1926-1932), ¡30-30! Órgano de los Pintores de México (1928), El Maestro Rural (1936-1940) and Revista de Educación (1937-1939).

Regarded by some experts as the “José Guadalupe Posadas’ spiritual and artistic heir”, Leopoldo Méndez shared the idea of using graphic work as a means of expression to engage the people. He was born on June 30, 1902, and died in February, 1969, in Mexico City. He first studied at the San Carlos Academy and the Open Air Painting School at Chimalistac. He participated in the Stridentist movement, and in the Cultural Missions as a teacher.
Méndez participated in the founding of the Liga de Escritores y Artistas Revolucionarios (LEAR) (League of Revolutionary Writers and Artists) in 1934, the section of the collection where information can be found regarding the League’s resolutions and sessions. It also documents his participation in the First Congress of American Revolutionary Writers in New York, in 1935. There is also the correspondence regarding a mural project for the Abelardo Rodríguez market, the cancellation of which drew a protest from the members of LEAR.

In 1937, he founded with other artists the Taller de Gráfica Popular (TGP) (Popular Graphic Workshop), an organization that gathered painters and engravers, members of leftist cultural and political organizations. In the TGP section of this collection there is correspondence regarding the distinctions he was awarded, such as the National Engraving Prize, in Mexico, in 1946, and the World International Peace Prize of the World Council of Advocates for Peace, in 1952.

In 1958, he created, together with Manuel Álvarez Bravo, Mariana Yampolsky, Carlos Pellicer, Rafael Carrillo Azpetia and Ricardo J. Zevada, the FEPM Fund. This section of the collection contains its resolutions and sessions, the project to create the plates for the film Rosa Blanca in 1959-1961; and information regarding the supervision of the book La pintura Mural de la Revolución Mexicana, produced in Holland in 1961.

In1968, he was one of the creators of the Arts Academy in Mexico, the last organization he belonged to. This section contains the precedents for it. These documents originated in the work Leopoldo Méndez carried out, both personally and as a member of diverse organizations which are essential for an understanding of thematic, aesthetic and social aspects of this engraver’s work. 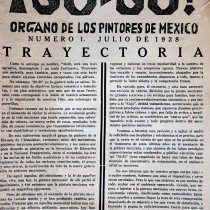 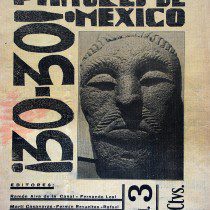 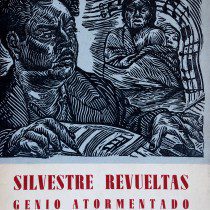 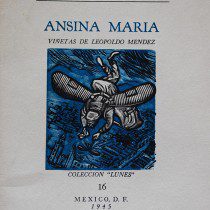 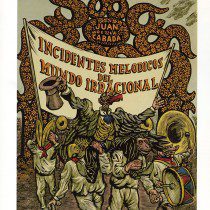 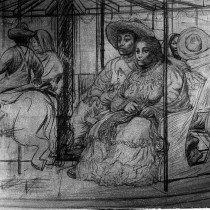 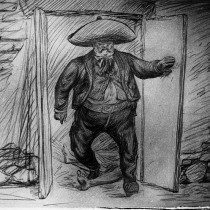 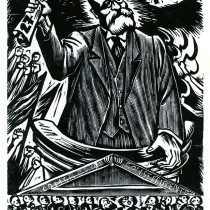 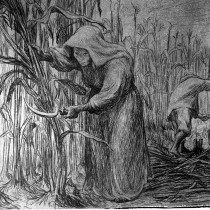 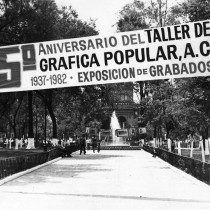 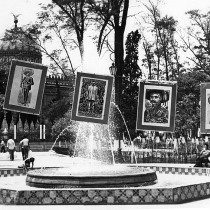 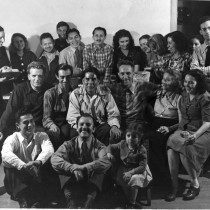 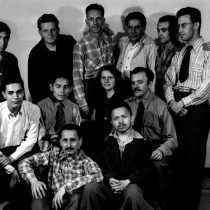 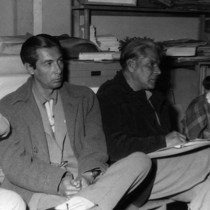 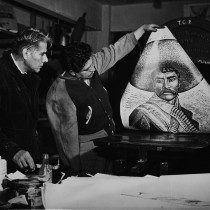 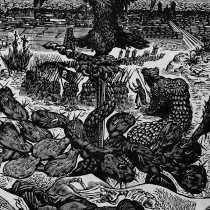 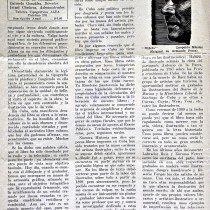