Vianney Cortés. Language as the Detonator of Form

The work of Vianney Cortés (Mexico City, 1985), who graduated from Escuela Nacional de Pintura, Escultura y Grabado La Esmeralda, fluctuates between sculpture and installation. Light and movement play a key role in her pieces, generating atmospheric and enveloping effects. Her work centers on experimenting with bioluminescence, although up until now she does not work with living organisms, but only their representation. She defines her work as an exploration of “the relation between technology and biological systems, as well as acoustic-visual communication between animals”.

She thinks language “detonates a morphological transformation in organisms”, and this is one of her central themes: the form of living organisms modified by their own language. She uses materials such as thermo-formed acrylic, leds, cables and motors. She has also made incursions in ceramics.

While still studying at La Esmeralda, she contacted the Centro Multimedia, and with support from the Departamento de Interfaces Electrónicas, with Juan Galindo, she developed her first electronic piece: Protozoo bioluminiscente. Her first individual exhibition was held at CentroAction Art Actuel in Saint Jean sur Richelieu, Québec. She took part in the Festival Transitio MX 05 Biomediaciones at Cenart, with the piece La naturaleza del Aleph, which explores the similarities between Borges’ Aleph and the Internet. She received a FONCA grant in 2009. She exhibited Morfogénesis e-simbiótica at Fundación Sebastián. 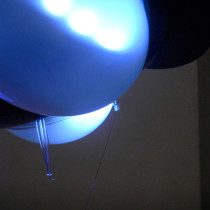 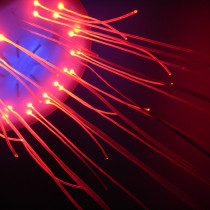 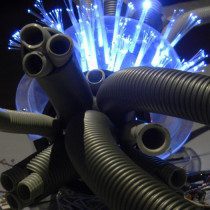 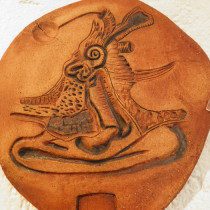 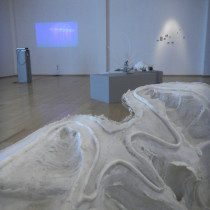 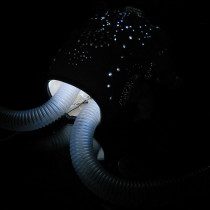