On August 19-31, 2014, the Gallery of the National School of Painting, Sculpture and Engraving “La Esmeralda” hosted the exhibition Connections… Cenidiap’s Archives and Collections.

Organized around the documentary collections gathered and rescued by the National Center for Research, Documentation and Information on Visual Arts (Cenidiap), of the National Institute of Fine Arts (INBA), it is a historical testimony of institutional practices in the visual arts, and of the everyday life of several artists as well.

Addressed both to specialists, because of its significant documentary content, and the general public, with an attractive museography, the exhibition includes facsimiles of personal letters, telegrams, manuscripts, postcards, official and administrative documents, books, magazines, exhibition catalogues, photographic archives and microfilms. It is supplemented by a section consisting of photographs by Kati Horna, the audio of a Diego Rivera interview, published in the USA in 1958, and two short films: Diego Rivera, retrato de un pintor, produced by Bonos del Ahorro Nacional in 1952, and Frida Kahlo, by Marcela Fernández Violante, produced in 1972 by UNAM’s Centro Universitario de Estudios Cinematográficos.

The show is organized around four thematic centers:

A singular feature of Mexican Muralism was its socio-political aspect. Starting in the 1920´s, most artists joined the Mexican Communist Party, and some of them displayed their allegiance by including the sickle and hammer in their works. Thus they combined political militancy and artistic production. These documents and photographs show links of friendship, loyalty, affinity, and concern over concrete events. They also show personal or political stances and commitments regarding society and the authorities, be it presiding over a Communist Party assembly, taking part in a workers’ demonstration, supporting a presidential candidate, or sending a letter of protest to the President because a mural had been destroyed. By their own hand, we “hear” the voices of the artists, confirming the discourses expressed in their works.

When we see finished artistic works exhibited in museums and galleries, we tend to forget the working processes that lay behind them. Personal archives allow us to get closer to the artists, through apparently insignificant papers: an invoice for artistic materials; official letters urging an artist to finish a work; the paperwork regarding a yet to be painted mural; school marks; an appointment to a poorly paid job as a teacher or draftsman; an identity card, with photographs facing front and sideways, and the physical description of an artist we only know through their works; or an explanation between friends –with the privacy afforded by letters- after a scandalous public statement in the press.

Approaching artists through their personal letters means being able to enter their family life and their most intimate utterances. Sincere letters, written in an agile, fluid and spontaneous discourse, often seasoned with a wit that reveals the soul of the artist, be it an intimate expression of fatherly love, contrasting with their strong and stern public image; the manly admiration for a woman; a declaration of love; or the affection and gratitude towards a friend and colleague.

In contrast with some artists –male or female- who find in artistic expression an escape route or a catharsis from illnesses and sufferings, others keep theirs in strict secret. A selection of documents from the archives show diverse ways of facing illness, ranging from a sense of humor or a firm determination in the face of inevitable death, to the consistent attitude of some freethinkers towards religious dogma. All of this is expressed through prescriptions, medical reports, orders for clinical exams, as well as letters and funeral notices.

The premise is to show little known or unpublished materials, taken from the Diego Rivera, Frida Kahlo, Gabriel Fernández Ledesma, Isabel Villaseñor, Francisco Goitia and Leopoldo Méndez collections, and their inks with other archives.

This is not, therefore, a conventional exhibition of art works; here, the protagonists are those documents that contain the intimate thoughts, the personal and political stances of their authors, about events that took place during their historical time frame.

The exhibition’s academic coordinator was Carlos Guevara Meza, director of Cenidiap; the curators were Eduardo Espinosa, researcher at Cenidiap, Patricia Brambila, deputy director of Documentation, and Rodrigo Bazaldúa, coordinator of Documentation. The digital curator for facsimiles and digital editions was Tlaoli Ramírez, and the digital curator for video was Christine Camus. Gabriela Torres and Jacqueline Romero were in charge of selecting the documents. 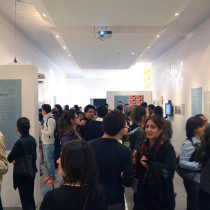 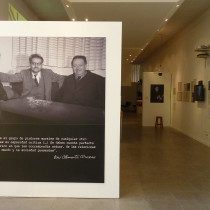 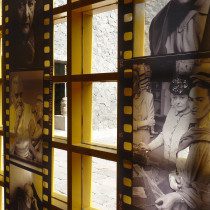 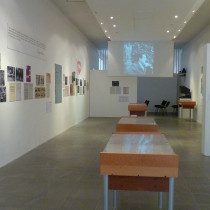 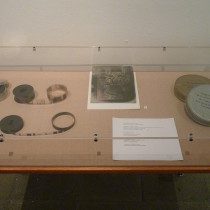 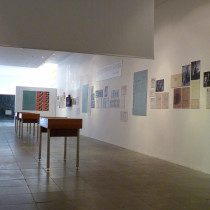 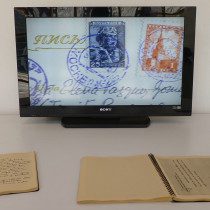 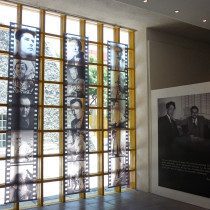 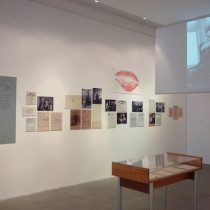 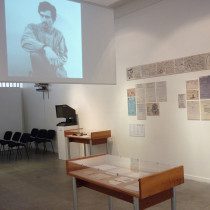 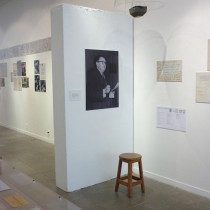