Vicente Kramsky was born in San Cristóbal de Las Casas, Chiapas, in 1929. His family was of German descent. His grandfather, Vicente Kramsky Bittner, arrived in Mexico in 1870 after the Mexican government had extended an invitation to foreigners to come and people the country. He soon decided to try his luck in San Cristóbal, where he met Emilia Ramos Bourdois, whom he married. They founded the La Sultana shoe factory, which became renowned in the whole region. This commercial success provided the family with great prestige and a distinguished social position. A sign of the family’s prosperity was the purchase of the country estate known as “El Tívoli”.[1]


The Kramsky-Ramos couple had six children. From a very early age, they received piano, singing and painting lessons, without attending school; they learned everything at home. However, after Emilia’s death, and Vicente’s later on, their offspring mismanaged the factory and the business folded. The house was sold and of the Kramsky-Ramos’ fortune nothing but a memory remained.


Most of the offspring decided to leave the city and move to the country’s capital. Only Rodolfo Kramsky remained in San Cristóbal, working for a while at the National Bank. He married Guadalupe Coello Paniagua. They had six children. The future photographer was one of them.


Vicente Kramsky lived in San Cristóbal de las Casas throughout his childhood. He attended school up to junior high. Of the 16 subjects in the curriculum at that time, the ones that interesed him the most were drawing, painting and geography, which gradually shaped him as an artist.


He got his first job at the Las Casas movie theater, being initially in charge of the box office and of distributing flyers promoting the films they were showing. However, his passion for the arts led him to designing and illustrating the posters used to promote the movies.


In the early 1950’s, one of his brothers got sick and the Kramsky-Cuello family had to move to Mexico City. After a year, Vicente decided to go back to San Cristóbal, where in 1951 he married Francisca Espinosa. They had 9 children. Upon his return, he got back his job at the movie theater. His wife was in charge of the box office while he painted the posters.


A few years later, having discovered that photography was his true passion, he became a self-taught photographer and began his career with a Kodak Retinet 127 camera. It all began in jest, taking pictures of his friends. “He took photographs of the boxer posing in front of the Zebadúa movie theater, or of the syndicate, a group of five people to which he belonged”, his friend Justus Fenner recalls.


Vicente Kramsky’s work features two main lines throughout his life: first, there was “social events” photography, which he did when he started out, and later he began to explore a personal line dictated by his own passions and interests, displaying a continuity with the work of José Antonio Crocker, who besides being a “society” photographer was the city’s documentalist before Kramsky.


In the 1950’s he began to record the most important society events in the city, such as weddings, baptisms or first communions, through instant photographs which his wife Francisca would then sell. He eventually became the leading society photographer in the city, and thus he obtained enough money to buy processing chemicals and photographic equipment, which enabled him to set up his first studio, a few blocks from the city’s central park.


Gradually, photography gained a place in San Cristóbal’s daily life. People went enthusiastically, even with their pets, to Kramsky´s studio, to get their images printed on paper. He used different cameras and he did all the processing himself, with chemicals he ordered from Mexico City.


What drove Kramsky to become a photographer? Even though no one in his family was involved with photography, he was in close contact with images for most of his life. Justus Fenner recounts how Kramsky lived for a while with an aunt, and his most vivid memory of that time was seeing the house full of cards
with small photographs on them. They were pictures of indians recruited (“roped in”) for work in the coffee plantations in the Soconusco. His aunt gathered all those photographs and burned them in front of him; this event left a mark on him.


Later, his work in the movie theater gave him access to the photographs used to make the posters. He was part of that business. Also, in the 1950´s he frequented José Antonio Crocker, who was San Cristóbal’s society photographer for a long time. This contact with photographic images in very different contexts spurred a special interest in Kramsky, which would then guide his vocation.


In the 1960’s, now more experienced, Kramsky became “the photographer” par excellence in the city. Fenner recalls: “He had a gift for it, one way or another he really discovered an ability he didn’t know he had, and he developped it splendidly”.


He decided to leave his wife in charge of the studio and devote himself to travelling throughout Chiapas to record the riches of this land. This became the second line of work that defined his craft. Researcher Víctor Esponda remarks about this period: “Kramsky was a restless man, he loved going out and registering testimonies. He’d photograph anything he thought worthy of an image”.


At first he captured images at the archeological sites of Palenque, Toniná and Bonampak; his exursionist drive led him to barely-known places which his photographs brought to public light for the first time.


He captured such characteristic landscapes of Chiapas as Agua Azul, Misolhá, Montebello and the Sumidero Canyon, and he constantly photographed cities such as Tuxtla Gutiérrez, Chiapa de Corzo, Comitán, Venustiano Carranza and Teopisca.


He was among the first in Chiapas to develop a kind of visual anthropology, capturing images in indian settlements such as San Juan Chamula, Huixtán, Amatenango del Valle, Chenalhó, Oxchuc and Cancuc. This means that he didn’t just photograph indians from the main urban centers, but travelled instead to the indian communities to make a record of them, turning these photographs into genuine jewels. It was another line of work where he left his distinctive imprint.


His most representative work is centered around San Cristóbal de Las Casas, this being his most photographed city. His images feature the architecture, the crafts and the social life of the inhabitants of San Cristóbal. A highlight of this wide array of images is the set of photographs of the fair that used to be set up in the 1960’s in the central park, filling with lights the heart of the city.


He also photographed major events that had an impact on the life of the city’s inhabitants, such as floodings and the rain of ash caused by the eruption of the Chichonal volcano in April of 1982.


Geography captivated him, and he produuced tourist maps of Chiapas, Palenque and the Highlands region. “The only maps you could find here were made by him, and they were sold only in his shop”, says Fenner. He also produced a tourist guide of the archeological site of Palenque, and he began a series of guides of San Cristóbal which remain indispensable to this day, even as unfinished sketches.


Due to the paucity of communication networks and the shortage of cameras at that time in Chiapas, Kramsky’s photography circulated first through postcards which have gone around the world. “He’s on the frontline of those who have brought images of this magical land to the world. There is no country that
doesn’t have one of his postcards”. [2] The illustrated postcard served to show the existence of an exotic place, a kind of fantastic realism. For a long time, Kramsky was the only postcard producer; his
postcards were sold in every city in Chiapas. “The photographs you bought were always his”, says Fenner. Producing postcards was beneficial to the photographer; in addition to their commercial value, they contributed to fostering tourism. Thus he was able to do what he loved through the images on the
postcards: taking photographs, promoting his state, and making a living out of it.


Kramsky became an institution, the entrance door to Chiapas. He gained in this way the affection of foreigners, telling them “where to go, what to see, how to get there. He was almost what the Tourism Board is today”.


His wife defines him as a “thinking man, understanding, adventurous and bohemian”. Kramsky was also noted for his “playful spirit”, as mentioned by his friend Justus Fenner:


“He was an experimenter: he liked to play with reality and distort it, to discover another parallel reality. He’d experiment wth filters and played with shadows. He made his living out of photography, but it was always fun to him, it was something that truly fascinated him. This is quite noticeable in him, in his personality and his work. Besides the things he sold, he was always willing to do anything that amused him in photography. This led him later on to experiment with video, always open to the world, always playing with the image without investing his work with that seriousness others did”.


Francisca Espinosa defines his work as “unique, something of his which he did on his own […] for the welfare of Chiapas, mainly for San Cristóbal”. [3] Vicente Kramsky was known as the “magician of the
lens”. During the second half of the 20th century he was the local photographer by antonomasia, given that he photographed its people, its architecture and its landscape. “He devoted himself to capturing through his lens, through that retina of time, cultural moments; all of the uses, customs, habits, traditions”.[4] In addition, he is recognized for having explored for the first time —in 1947— the caves of Rancho Nuevo, which have become one of the main tourist attractions in the region. This is said to be his favorite place, because it represents “a different space, far away from everything he knew”.[5]


He loved Latin American novels and science fiction movies, he admired Van Gogh and Woody Allen. He was also a music lover, with an appreciation of classical music as well as the popular music of the Hermanos Domínguez from Chiapas. A passionate man, studious and devoted, who loved geography, the cinema, the BBC and Radio Holland.[6]


A man of few words, Vicente Kramsky enjoyed nature and his people through photography. He never accepted any recognition from anyone, although everyone in San Cristóbal remembers him today.


[1] The image is a portrait of the Kramsky-Bourdois family in the early 20th century, at their country estate. It is quite remarkable that this picture should include indians next to family members, since at that time indians were the most subordinated stratum in society; there even was a city order forbidding them to walk across the central park. It’s probable that the Kramsky family decided to be photographed next to their workers, since as Emilia Kramsky points out, they had a different perception of them. The racism of coleta culture was alien to them; they treated them with respect and regarded them as part of their family. Thus they were invited to pose for family portraits. 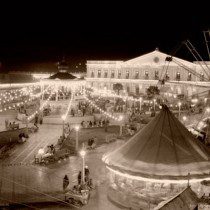 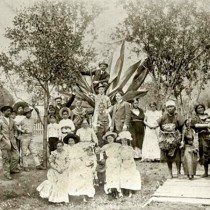 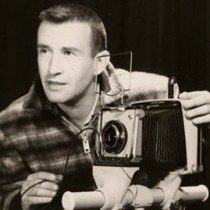 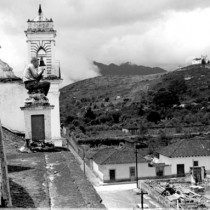