The Barbizon School in Mexico was founded by Ramos Martínez after the Academy strike in 1913. It was premised on the idea of providing San Carlos students with an opportunity to get away from their stuffy ateliers and create their works on the open air. It is worth noting that while the Academy was still on strike, Rafael Vera Córdova wrote an article deploring the lamentable state of the institution and of Mexican art in general, but praising Ramos Martínez at the same time, as a plausible director of the Academy, stressing his character and his desire to develop Mexican art:

He’s a great pedagogue of line and color, and often his always wise and fair advise is all the pupils need to learn what they haven’t been able to learn in years… He will develop Mexican art, pulsing latently in the innermost core of our soul, keeping away from the routine and mannerisms of bad teachers who nullify the originality and talent of pupils, with their absurd leaning towards one school or another… We ought to feel proud of having a true director, who will guide us as he guided himself, to become men, artists, masters and patriots… Raising Mexican art: that’s our destiny… [1]

The appointment of Ramos Martínez produced a significant renewal of art in the Academy, as he fostered modernist painting tendencies, established advanced teaching methods, and favored national themes; all of which became apparent when the first pupils enrolled in the Open Air Painting School: after a very brief period of work, they were already producing avant-garde art, free and fresh, in sharp contrast with what was coming out of the ateliers in San Carlos.

The small colony of painters was set up in a modest house in the midst of the chinampas in San Anita. It was comprised of the main promoters of the strike. To the astonishment of the local Indians, on the door leading to the garden that surrounded the house, they put up a sign with the fateful name of Barbizon on it. [2]

Francisco Quijano, on Novedades magazine in June, 1914, commented that the School was housed in a small locale, with rare beauty. He pointed out it was a small white house, with a gallery that served as a store room, and a front porch; a luxuriant orchard surrounded the house, where the pupils worked with noble diligence and enthusiasm, making progress at an astonishing pace.

The name of Barbizon, given to the first Open Air Painting School, was taken over by Ramos Martínez in memory of the generations of naturalist painters from the middle of the 19th Century in France, working in Fontainebleau Forest, who decided to break with the norms established by the traditional Academy. Their main goal was to go out in the open air, paint Nature, observe the seasonal changes, the variability of their surroundings, the valleys, the deserts, the sea. The main figures of this movement were: Rousseau, Millet, Troyon, and Corot. [3]

The new way of representing reality, based on the diverse visual effects provided by Nature, led these painters to become the immediate precedent for the impressionist movement that so greatly influenced the Mexican Barbizon.

The French Barbizon movement was considered a modernist renewal, as much for the ideology it championed as for the innovation it projected upon the art of its time. The Mexican Barbizon, as conceived by Ramos Martínez, featured very different connotations. In the first place, the French name did not adapt to Mexican reality, nor to the crucial time the nation was going through. Its positivist ideology no longer rang true to the concerns of the country, and its artistic innovations had already been adopted by Mexican modernist painters at the turn of the century.

When Ramos Martínez returned to Mexico, he tried to revive at all costs the European environment he had left behind. However, he faced a country whose needs were far removed from those France had experienced 50 years earlier. At that time, the Impressionist School, and above all the Barbizon School, no longer were an avant-garde movement in Europe. New painting concerns were replacing the technique which used color as a luminous effect. Fauvism, Post Impressionism, Expressionism, Cubism and Futurism had opened new paths in response to the concerns of European artists.

The pictorial and methodological conceptions developed by Ramos Martínez had their own particular features. They must be placed in relation to the artistic practices he defended, as well as the works of his pupils. The main value of the schools created by Ramos Martínez can be appreciated in terms of its having put an end to a whole period of academic teaching, thus providing an opportunity to create art within the modernist tendency of Post Impressionism, allowing greater artistic freedom to the pupils.

Unfortunately, very few works from this first School have been preserved, but based on hemerographic sources it can be surmised that the works of the pupils at Santa Anita displayed some Impressionist features, such as the use of short brush strokes, diverse luminous effects and brilliant coloring, as well as some Post Impressionist features, such as the divisionist technique of superimposed color stains. 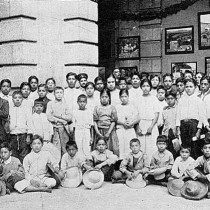 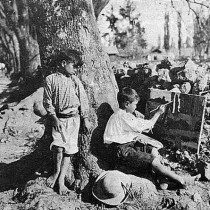 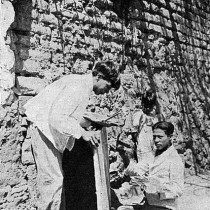 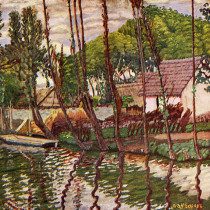 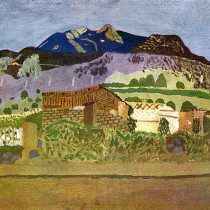