Since 1987, the Francisco Goitia Collection became part of the artistic documentary heritage of the National Center for Research, Documentation and Information on Visual Arts (Cenidiap). It was donated by anthropologist Farías Galindo, the last executor and biographer of the artist.

Francisco Goitia, a painter from Zacatecas, was born on October 4, 1882. He graduated from the San Carlos School of Fine Arts in 1903. In his work he captured the reality and the sufferings of marginal peoples. In 1912, he took part in the revolutionary struggle, serving under Villista general Felipe Ángeles, while continuing with his artistic work.

In 1918, he developed Indian themes, rescuing features, customs and traditions of the Oaxacan community. This work was made possible when he was invited by anthropologist Manuel Gamio to collaborate with him in the Inter American National Indigenist Institute. After this project, he travelled on his own initiative to the sierra of Oaxaca, where he settled and created one of his masterpieces: Tata Jesucristo, with which he won the first International Art Biennale, singling him out as one of the great Mexican contemporary masters.

Goitia not only distinguished himself as a visual artist; he also participated in artistic groups and associations demanding justice and rights for opressed peoples. In 1934, he joined the Liga de Escritores y Artistas Revolucionarios (LEAR) (Revolutionary Writers and Artists League), with an aim to fight imperialism, fascism and the war. In 1947, he was elected president of the Frente Nacional de Artes Plásticas (National Visual Arts Front). In 1943, he was awarded the National Arts and Sciences Prize.

The collection that bears his name is one of the most valuable of its kind and specialization. It contains documents of unquestionable value, giving testimony of his life and work through different documentary media, such as biographical, administrative and personal documents; hemerography, individual and collective exhibition catalogues; invitations; photographs; posters; references to political, religious, and artistic groups to which he belonged; documents regarding his artistic and academic career; and architectural writings and projects. The information covers the period from 1906 to 1982.

The collection is fully stabilized in acid-free first and second level folders. It is kept in Cenidiap’s reserved collections, which in spite of not having temperature control devices, is an adequate space, as it is a dark and cool room, which contributes to keeping the material at a stable temperature. It is worth mentioning that the collection was digitized for the information service, so as to avoid manipulation of the original documents. Consultation is by appointment only. Requests should be directed to Cenidiap’s Coordination of Documentation.

Finally, we may add that the Francisco Goitia Collection is one of the main pieces among the collections housed at Cenidiap. Documentation is the essence of cultural institutions devoted to researching, organizing, conserving, preserving, safekeeping, promoting, and rescuing the memory of a nation. 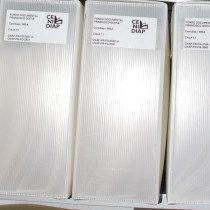 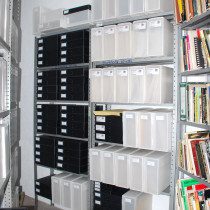 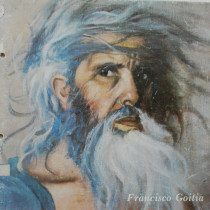